TEDx Dornbirn: „It‘s our turn“ – Are we fit enough to survive?

Herbert Saurugg is an austrian expert for blackouts. He knows how to prepare for the possibility of when there‘s no power, which means that there’s no light, no phone, no internet, no heating. Or when you’re not able to cook or you get stuck in the elevator because the power suddenly shuts down. Herbert knows how to prepare for those kind of occasions. . .  www.picomico.com 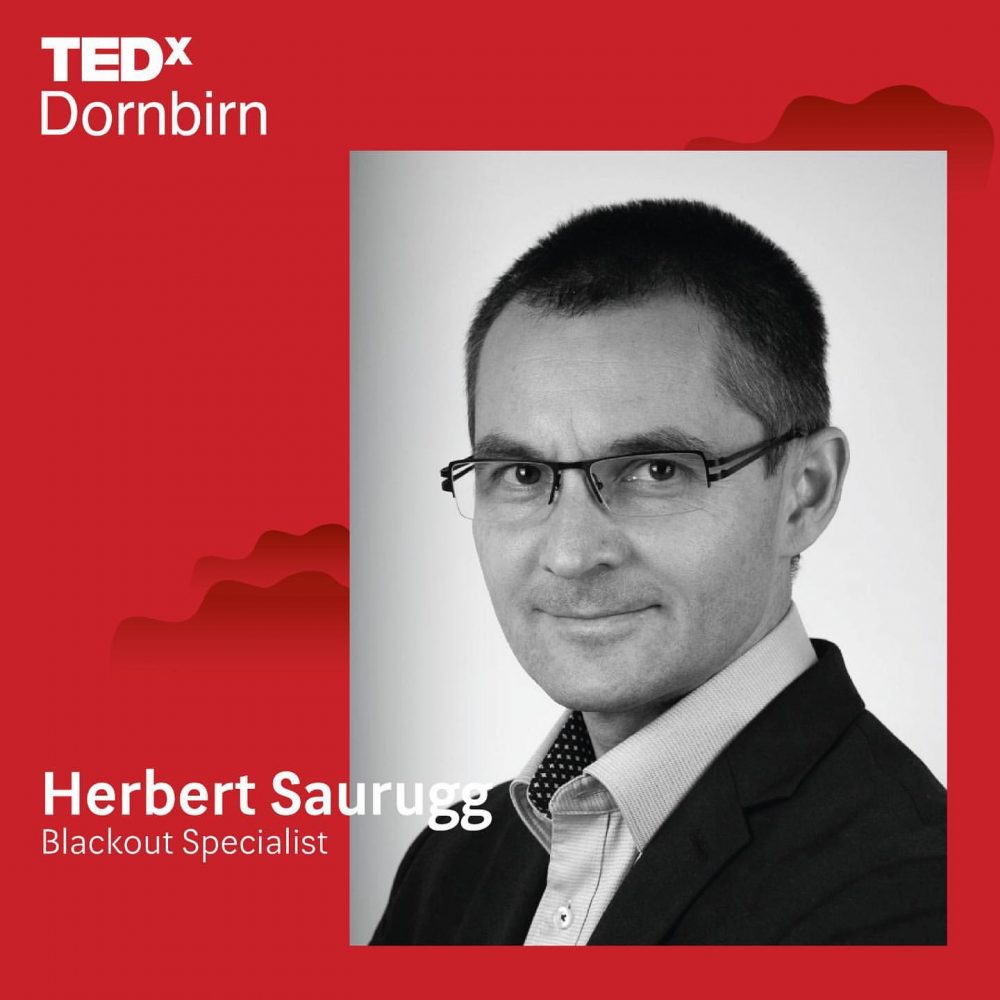 Talk: „Are we fit enough to survive?“ 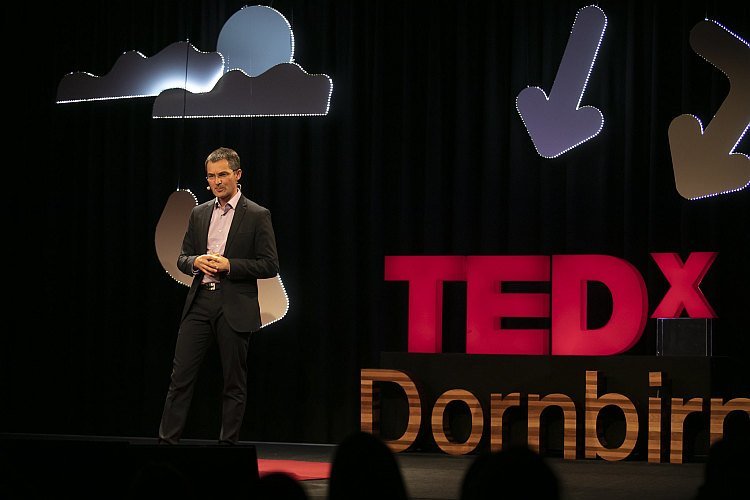 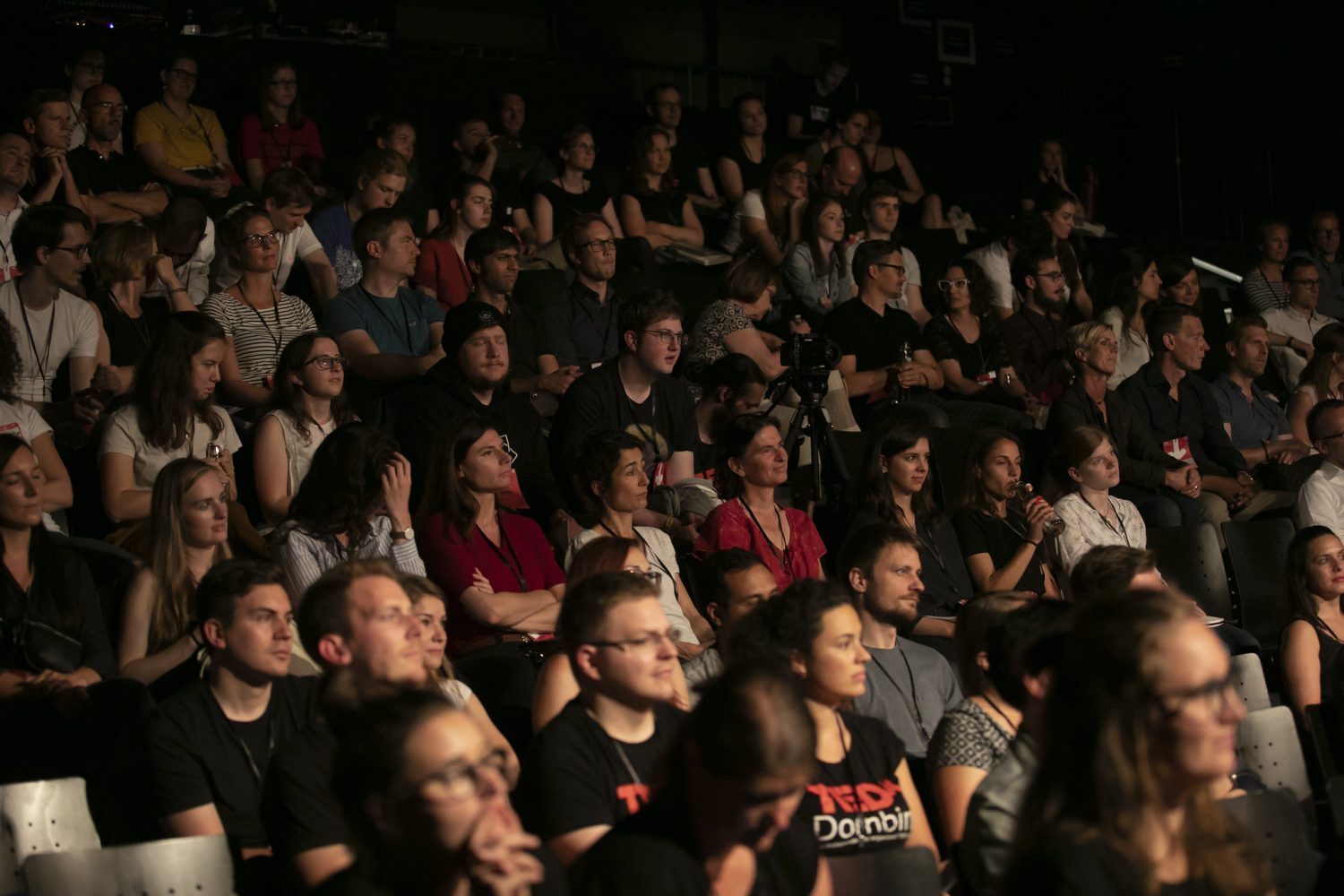 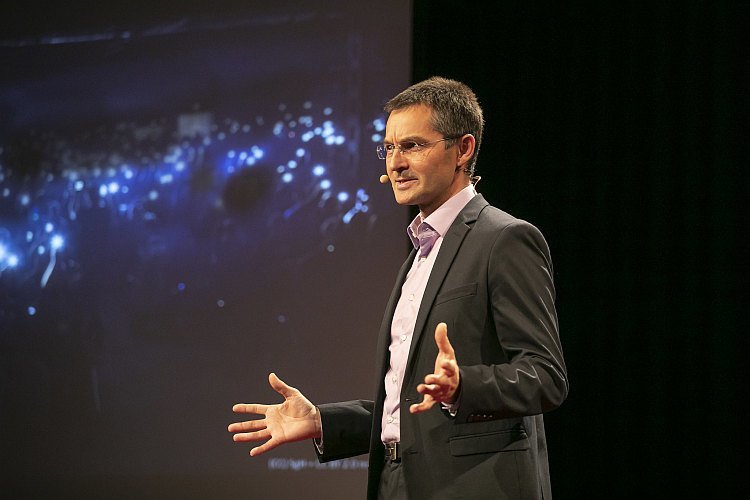 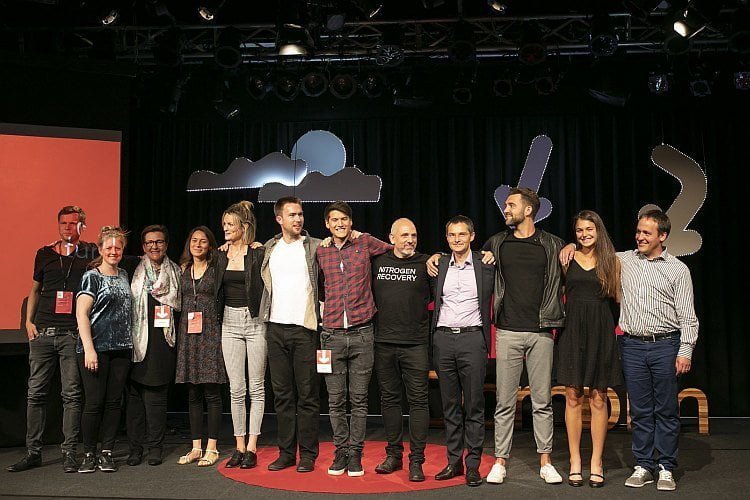 What is your biggest fear? What could change your life dramatically?

Allow me to tell you a story because you might have fundamentally overlooked something.

Imagine the lights go out – now. Darkness. What would be your reactions? Will it be funny or scary?

Some of you will switch on the flashlight on your smartphones. It will be funny. But for how long?

Moritz will ask us to remain in place.

Some of you may get an SMS. Your family at home also has no electricity. This will be the last message over this channel for at least the next week.

Sarah has switched on the radio on her smartphone with the earphones as antenna.

She notices that throughout Austria the tunnels will be closed because of a power cut.

Later we will be asked to go home, because the conference can’t be finished.

Tonight, you will go to bed early, because there is no electricity. You still hope that tomorrow morning everything will be over, and it was only a bad dream.

The next morning: Still no electricity. No coffee. No hot shower. Maybe also no water. It wasn’t a bad dream. It is reality.

Over the radio you will learn that large parts of Europe are still affected by the blackout.

Would be such a scenario possible? Which effects would it have on your life and on us as a society? 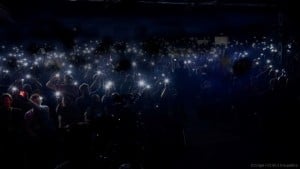 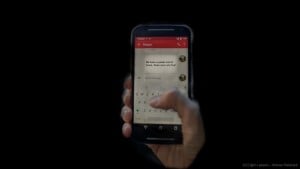 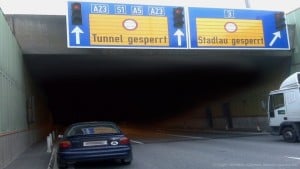 My name is Herbert and I am dealing with interconnectivity and complexity. My special focus is on vital infrastructures and on the European power system.

It all started eight years ago with reading the book “The Art of Interconnected Thinking” by Frederic Vester and a security study I conducted at that time.

It was fascinating for me, especially that hardly anybody was interested in this topic. Therefore, I left the Austrian Armed Forces in 2012 where I had been a career officer in the cyber security section for many years.

I started my career as „Cassandra“ as in Greek mythology. Telling something that seems completely impossible for most people.

We are so used to our vital infrastructures that we never think about what stands behind them. We have such a high level of food, water, health or energy supply that we take it for granted and that it will last for ever.

But is this realistic?

Or are we clinging to a Turkey-Illusion?

The trust of a turkey in its owner will increase with every day of good care.

The turkey doesn’t know that this is only for one purpose, to be eaten.

Do we have a similar trust in our supply chains and vital infrastructures?

I fear so and this is what drives me to be the bearer of bad news. 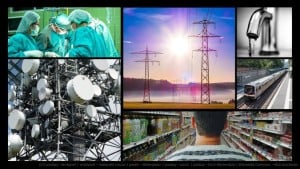 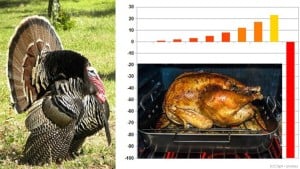 We have in Europe the best power supply system on earth. The European grid operators are doing a really great job. But it gets harder and harder.

One indicator that something is going wrong, is the development of the costs for congestion management.

In 2011 we spent in Austria two million Euro on running critical grid operations to prevent an immediate collapse of the system.

Well, this is only money. But behind this, there are more and more critical system interventions to prevent a blackout.

A major disruption could spread throughout Europe within seconds.

Therefore, the European grid operators stated as early as in 2015:

Although the electric supply should never be interrupted, there is, unfortunately, no collapse-free power system!

Were you aware, or that a collapse of complex systems is not a failure but an evolutionary system function?

In nature this is necessary to make development and improvement. And the behaviour of complex systems is similar. It doesn’t matter if it is in nature, or now man-made.

But how likely is such an extreme event?

I have been dealing with the developments in the European power supply system since 2011. The general framework conditions have changed drastically. And they will change even more within the next few years.

The complexity of the system increases by digitalisation and because of more and more players within the power supply system. At the same time, cyber-attacks on critical infrastructures are increasing too.

In addition, the electricity market does not have to take account of limiting physical conditions in the grid. We can see this daily in the morning and night hours because of abnormal frequency peeks. Within the last six months we have had already four critical grid conditions mainly caused by increasing market efficiency. We haven’t seen this before.

And the third major driver for the negative developments is the energy transition. We need this transition. But the way we are doing it won’t work, because we are ignoring physical frameworks.

But more and more decisions are made on emotions and with expectations. It is not enough to change only some system elements, especially if they can’t compensate the function of the old one. We must change the whole system, and, even more so, our whole behaviour. But we are far away from that.

Therefore, I am convinced that we will face this major collapse within the next five years. 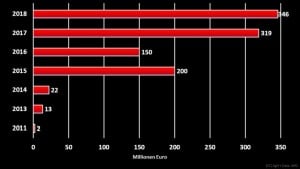 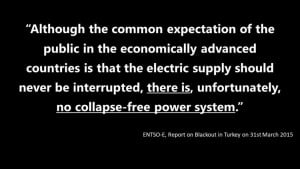 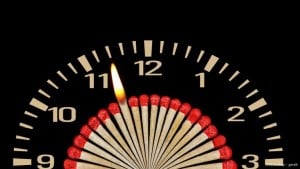 As a German government study already stated nine years ago, such an extreme event would lead to an un-imaginable disaster. Because neither people, nor companies, nor the state on its own is prepared for it.

Would you be prepared to cope with a supply chain interruption lasting two weeks and maybe even longer?

Or do you belong to the one third of the population who has enough supplies for themselves for a maximum of four days?

Or to the second third, which can cope for a maximum of one week,

Or the third third, which can do this longer as an Austrian study found out in 2015.

A blackout will not only interrupt the power supply but bring down the whole supply chains. Mobile networks, land lines and the Internet will fail quickly after the power cut.

And even if the power supply comes back on after many hours – or more likely days – it will still take days to restore the communication networks. And what will happen when everybody tries to contact his relatives? No connection!

Without telecommunication there won’t be any production, nor distribution. Therefore, the supply with vital goods will not start before the second week. And it will last months, and in some cases years. Think about animal farms. Within hours, millions of animals will die in Europe as a Swiss investigation found out.

Also, the whole health care system will break down because our high-tech medicine is not prepared for such an extreme event.

If you or somebody in your family needs medication on a daily basis, do you have enough stock for two-weeks at home?

Do you know for how long your water supply will work without electricity? Do you believe or do you know? Whom you can ask to verify this?

What’s going on in your heads now?

Maybe: “Why is this awful man destroying this wonderful afternoon?”

Yea, you are right.

But I am only the bearer of the bad news. We are living in a very comfortable Turkey-Illusion. 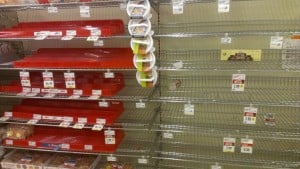 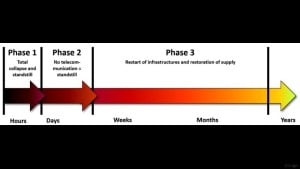 We are increasing the complexity of our vital infrastructures.

And we are changing critical system elements in our most important vital infrastructure, without a systemic approach but with wishful thinking.

And we are not aware about the potentially negative side effects; nor do we have enough backups or preparations to cope with a major disruption.

What do you think? Are we making an evolutionary experiment, like:

Are we fit enough to survive a collapse of our vital supply chains?

Will this experiment be successful?

But we would have the knowledge on how to do it better. Nature shows us how to build very successful robust systems. It would need a decentralised, autonomous cellular structure.

Everything alive has cellular structures and backups. Therefore, you have many body parts doubled or other parts can take over some functions from other parts.

This is not that efficient than our current system, but very effective!

But it doesn’t fit in with our short-term economic and efficiency thinking.

We would need another assessment of availability and appreciation. Everything which is always available loses in appreciation. And that is part of the problem where we are all responsible together. 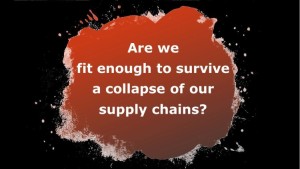 Nevertheless, I don’t want to scare you. But I want to be clear and make no illusions.

What can we do to get fit enough for such an extreme event?

It won’t be that much.

But it must start now: Are you ready to take responsibility for you and your family to survive a two-week lasting supply interruption?

This is the most important part for us as society. Because nobody can help millions of people! There are hardly any stocks and preparations.

And we can overcome such an extreme event only if we do it together and look out for those who need help. Because the usual care and emergency services will not be available, as we are used to.

Communication now and during the crisis will be most important. As long as we stay in conversation, we will find solutions.

Please past this knowledge to your families, to your networks and even more to your mayors. Because most of the coping must happen within your municipality. And it must start now with the necessary preparations. Because you will have only those things available, which you have prepared now. There won’t be any help from outside.

And bear in mind: If I am wrong, you won’t lose very much. If I am not, everything in our life will change dramatically.

Therefore, please take care of yourself and your family. Thank you. 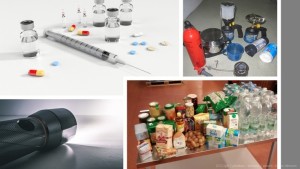 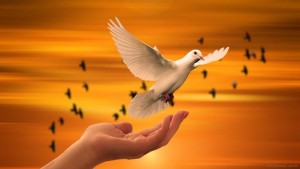